Yara International ASA (OTCMKTS:YARIY) was downgraded by equities researchers at Scotiabank from a “sector perform” rating to a “sector underperform” rating in a note issued to investors on Wednesday, The Fly reports.

Recommended Story: What is the accumulation/distribution indicator? 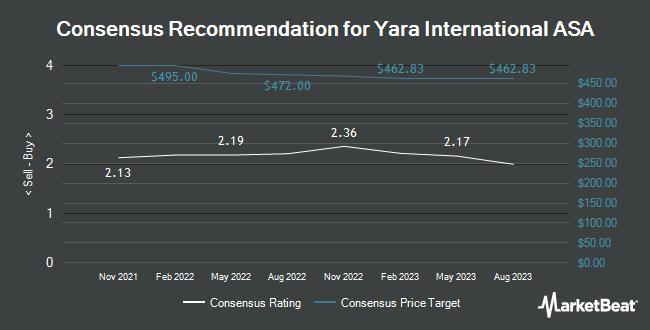 $90.16 Million in Sales Expected for Kornit Digital Ltd. This Quarter

2key.network Price Up 1% This Week

Complete the form below to receive the latest headlines and analysts' recommendations for Yara International ASA with our free daily email newsletter: