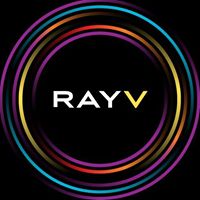 Yahoo acquired RayV an online video streaming business. The goal is to distribute content to even more people particularly through mobile devices.

RayV was founded in 2005 and focuses on efficiently distributing video that is HD-quality to an audience that is global while focusing on mobile devices.

The terms of the acquisition were not released. Yahoo has focused on increasing its video users and its monthly streams; while they are only starting they are focusing on it for 2014.

The service offered by RayV will help improve the underlying Yahoo technology infrastructure and most of the employees at RayV will be joining the R&D center of Yahoo in Tel Aviv, Israel.

The deal between RayV and Yahoo has been negotiated for a number of months, according to a leading business paper.

The acquisition comes at a time that Marissa Mayer the CEO at Yahoo is focusing attracting more people to Yahoo’s site, in part through shows offered online.

Yahoo’s portal includes a broad range of different videos that includes original news and content offered by partners such as BuzzFeed, Comedy Central and the popular Saturday Night Live.

Yahoo last week announced it would air Community, the television show, after NBC has cancelled it earlier in the year.

Yahoo bid $250 million for FullScreen the content provider for YouTube in June. Yahoo also attempted to buy DailyMotion a competitor of YouTube in 2013, but those efforts were knocked down by regulators in Europe.

Yahoo has hired Katie Couric the veteran news journalists as its global anchor. Yahoo also announced a partnership to stream concerts with Live Nation. Yahoo is amidst the development of two original shows that are comedy themed.

RayV raised over $40 million from different venture capitalists. The company is based in Los Angeles with a presence in Israel.