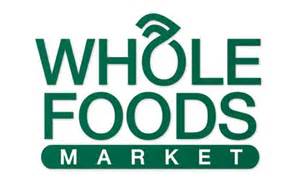 Whole Foods Market, the upscale grocer reported quarterly profit that was better than had been expected, as the company increased market share as well as launched some new products.

The stock of the largest natural and organic food supermarket chain in the U.S. were up 8.1% in trading after hours on Wednesday, as it gave a strong forecast for 2015.

Sales at same-stores, a major performance gauge for retailers were up 3.1% during its fourth quarter, which ended on September 28. That was in line with analysts’ estimates.

The strong financial results lessen the concern for some that Whole Foods was losing share of the grocery sector upscale market it first pioneered due to rising competition from Fresh Market Inc and Sprouts Farmers Market, as well as some mainstream retailers that include Kroger Co.

Whole Foods omitted its gains in market share and did not list its new products. However, it is lowering the price on its fresh produce and other goods that are perishable as it attempts to shed its nickname of “Whole Paycheck” for its high prices.

For just the first time, Whole Foods will run a national advertising campaign as well as a loyalty program for shoppers.

The company is working to remain ahead of rivals and has launched a responsibly grown system that rated the produce and the flowers it sell. Whole Food has had a rating system for its meats.

Whole Foods has forecast sales growth for 2015 of more than 9% and comparable sale expansion in the mid single digits.

The net income for the company was up to $128 million equal to 35 cents a share, for the quarter, which was higher than the 32 cents a share estimate of analysts.

Whole Foods revenue was up 9% to reach $3.25 billion and the dividend for the company was increased to 13 cents a share.