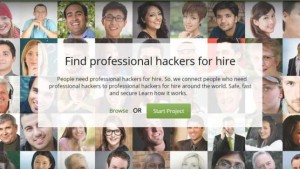 The website Hacker’s List allows the user to anonymously hire what it says are professional hackers that will perform hacks that range from getting into a Facebook page and someone’s email to crashing a website and changing someone’s academic scores.

One post shows that the party hiring the hacker expressed his or her interest in contracting a hacker to obtain database administrator on a SQL Microsoft server, which the poster said, was vulnerable to being exploited.

One other bidder, who is alleged to have resided in Australia, said they would pay as much as $2,000 to obtain a list of clients from the database of a competitor.

The poster said he or she wanted the database of the competitor and the rates they were charging. Hacking any web-server and taking data is illegal.

These forms of cyber attacks, specifically hacking into the website to steal database, can come due to input parameters that are not properly sanitized and easily exploited.

The website indicated that more than 500 hacking jobs had been posted as “projects,” since its launch in 2014.

When the job or project is posted, the hackers on the site then bid against each other to win that contract. The website acts as the go-between and takes a percentage of the fee for a completed job.

The website keeps the funds until the assignment is completed by the hacker and feedback was received.

If a problem occurs, a dispute specialist will review all the work done.

A look on the site shows that more than 70 profiles from hackers are currently on the site, but many do not look to be active.

The report said that hacking no longer is a task for high stakes situations such as espionage.

Hackers have hourly rates on the sites from between $28 and $300.

Many requests on the site are for hackers to change grades at a particular school system.