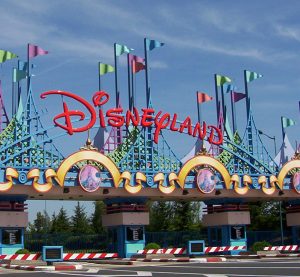 Under the financial plan, Disney plans to control more than 95 percent of the shares of the theme park. The company plans to boost its shares of Euro Disney from 76.7 percent to 85.7 percent by buying most of the shares held by Saudi holding company Kingdom Holding Co. for 2 euros ($2.13) a share, payable in Disney stock. The offer is 67 percent higher than Euro Disney’s closing price Thursday.

Disney will also make an offer to buy all outstanding shares of Euro Disney for the same amount. Once Disney owns more than 95 percent of the shares, European rules trigger a mandatory buyout of all shares and allows Disney to delist the park from Euronext Paris. Euro Disney’s board has expressed its support for Disney’s plan.

Disneyland Paris is Disney’s first and only outlet in Europe. The ailing theme park celebrates its 25th anniversary next month. The Paris resort has struggled to match the popularity of Disney’s U.S. theme parks. Euro Disney drew 13.4 million visitors in 2016, down more than 9 percent from 2015’s totals. Its net loss increased to 858 million euros in 2016 from 102 million in 2015.

The theme park has reported weak returns and sluggish attendance numbers since the November 2015 terrorist attacks in Paris. The attacks forced the park to close for four days. The company said that the resort had been reporting strong attendance and spending numbers until then. A state of emergency has been in place in France for a year now. Catherine Powell, president of Euro Disney, said that the Paris tourism environment remains challenging.

The company also plans to invest $1.6 billion in making improvements to the Paris park and Euro Disney’s other tourist destinations. Disney officials declined to elaborate on the improvement plans. Disney has also committed to reduce debt and increase liquidity at the resort.

This is the third financial lifeline extended in five years for the European theme park. In 2012, Euro Disney consolidated its debts into a loan from the Disney company. Then, in 2014, a rescue package pledged at least 1 billion euros over 10 years to add attractions and spruce up the grounds of the park.