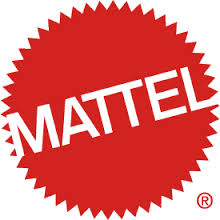 The shifting habits in shopping and the financial crisis have led to uneven fortunes of late for retailers. Mattel and Walmart considered traditional consumer businesses have continued struggling as many Americans spend cautiously in the still uncertain economy. However, Amazon.com has enjoyed success as shoppers are shopping more and more online instead of inside stores.

That trend was very evident in the holiday shopping season of 2013. The period is generally from the start of November through the end of December and many retailers see 40% of their revenue for the year generated during that period.

Overall, figures released by the government show that spending in the last quarter of 2013 increased at its fastest rate in over three years. However, where and how the money was spent by Americans over those last three months of 2013 changed.

Traffic in stores was lower during this past holiday season, but more shopping was done online. Shopping online was up 10% to more than $46.5 billion between November and December, said data from Comscore an online research company.

At the same time, sales rose at stores only 2.7% to just less than $266 billion said Shopper Trak, which follows data from 40,000 U.S. stores. The amount of customers that entered stores during the period fell by over 14.5%.

One shopping analyst said the behavior of the consumer has evolved rapidly, as foot traffic at the retail level has fallen and online purchases have grown.

Mattel the largest maker of toys in the world announced its results from the quarter that missed both the company and the analyst’s expectations because of weak sales.

Walmart also expects to announce disappointing results. This past Friday, the largest retailer in the world said its fourth quarter as well as full year earnings from its continuing operations might come in near or slightly below the prior forecasts’ low end.

CEO Charles Holley blamed in part an impact that was bigger than first expected from the reduction by the federal government in the Supplemental Nutrition Assistance Program that started on November 1, which pressured the retailers’ low-income customers.

Walmart is one of 33 large retailers that lowered their forecasts for the last quarter of 2013 as well as those for the upcoming year, much of which was caused by disappointing sales during the holiday season.