Virtu Financial LLC decreased its holdings in shares of AgEagle Aerial Systems, Inc. (NYSEAMERICAN:UAVS) by 59.5% in the fourth quarter, according to its most recent Form 13F filing with the Securities & Exchange Commission. The institutional investor owned 63,324 shares of the company’s stock after selling 93,058 shares during the quarter. Virtu Financial LLC’s holdings in AgEagle Aerial Systems were worth $380,000 as of its most recent SEC filing.

In other AgEagle Aerial Systems news, Director Grant A. Begley sold 4,125 shares of the firm’s stock in a transaction on Tuesday, January 26th. The stock was sold at an average price of $12.30, for a total value of $50,737.50. Following the completion of the sale, the director now owns 4,125 shares of the company’s stock, valued at $50,737.50. The transaction was disclosed in a filing with the SEC, which is available through this hyperlink. 3.47% of the stock is currently owned by company insiders.

AgEagle Aerial Systems, Inc designs, develops, produces, distributes, and supports unmanned aerial vehicles for the precision agriculture industry in the United States and internationally. It offers FarmLens, a subscription based cloud analytics service that processes data collected with a drone for use by farmers and agronomists; HempOverview, a software-as-a-solution web- and map-based technology platform to support the operations of domestic industrial hemp programs for state and tribal nation departments of agriculture, growers, and processors; and ParkView, a proprietary aerial imagery and data analytics platform for assessing and supporting sustainability initiatives involving municipal, state, and federal public parks and recreation areas.

Further Reading: What is the price-sales ratio?

Want to see what other hedge funds are holding UAVS? Visit HoldingsChannel.com to get the latest 13F filings and insider trades for AgEagle Aerial Systems, Inc. (NYSEAMERICAN:UAVS). 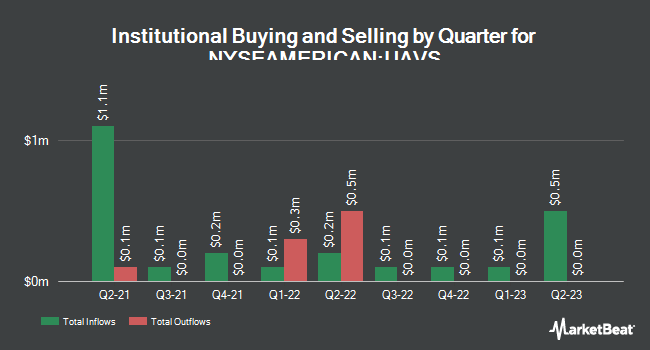 SharpSpring, Inc. Given Average Rating of “Buy” by Brokerages

Navcoin Price Down 20.9% Over Last Week

Complete the form below to receive the latest headlines and analysts' recommendations for AgEagle Aerial Systems with our free daily email newsletter: