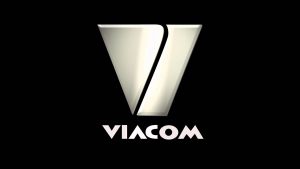 Viacom (NASDAQ:VIA) has formed an independent board committee to review a proposed merger with CBS. National Amusements formally urged the companies to explore an all-stock recombination in a letter last week. National Amusements is controlled by Sumner Redstone and his daughter Shari. Through the holding company, the Redstones own about 80 percent of the voting stock in both companies.

The merger would be a reunification of a former media empire. The merger would join CBS’s broadcast network and Showtime with Viacom’s Paramount Pictures studio and MTV and Nickelodeon cable networks. The companies have been separate entities since 2006. The companies’ special committees will be tasked with determining whether a merger makes strategic sense and on what deal terms.

National Amusements said the merger “might offer substantial synergies that would allow the combined company to respond even more aggressively and effectively to the challenges of the changing entertainment and media landscape.” The holding company also said it would not accept or support “any acquisition by a third party of either company or any transaction that would result in National Amusements surrendering its controlling position” in either company.

Over the summer, Viacom underwent a brutal power struggle that resulted in the ousting of former Viacom Chief Executive Philippe Dauman. During the battle, a series of lawsuits were filed questioning the mental capacity of Mr. Redstone, who is 93 years old. When the Redstones emerged victorious, they remade the Viacom board.

CBS’s chief executive, Leslie Moonves, has previously shown reluctance to the idea of a reunification. CBS has said in statements that it will act “in the best interest of the company and its shareholders.” CBS has not disclosed the makeup of its independent board committee. Mr. Moonves would most likely run the combined company. Viacom said last week that its interim CEO, Tom Dooley, would depart in mid-November.