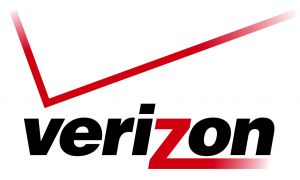 On Tuesday, Verizon Communications reported higher revenue and net income for its third quarter. The company was helped by stronger growth in wireless subscribers and a demand for its internet service such as its high speed FiOS.

Verizon, which bought out Vodafone Group this past year for its wireless division, said it increased its net retail wireless connection during the quarter by 1.5 million. That was 44% higher than for the same period one year ago.

About 1 million connections were for tablets or other devices that were not phones.

At the end of September, Verizon had 106.1 million wireless connections, which included 100.1 million involving contracts for monthly service.

Francis Shammo the CFO for Verizon said that promotion pricing helped Verizon push its customers into plans that would increase the sales of its phone using the more efficient network 4G LTE.

Continued success in the adoption of 4G during the fourth quarter, said Shammo would create growth for the company as it enters 2015.

The largest cell phone carrier in the U.S. also added another 162,000 new FiOS subscribers and another 114,000 FiOS video subscribers.

The results came up short of expectations by analysts. The company, based in New York, earned $3.68 billion, which is equal to 89 cents a share, up from the same period last year of $2.23 billion equal to 78 cents a share.

Verizon posted total revenue of $31.6 billion, which was 4% higher from last year during the same period, when it was $30.3 billion. Analysts were expecting revenue to reach $33.2 billion.

Shares at Verizon were lower by 3 cents in Tuesday afternoon trading. The stock is off by just over 1% since the start of 2014. At the same time, the S&P 500 index has increased by 3%.

Over the past 12-month period, the stock has dropped by 4%.

Prices and plans are becoming more and more competitive which makes companies lower prices, to compete making their margins less.

Reviewing The Pennant Group and InnovAge