Verition Fund Management LLC decreased its holdings in shares of Verb Technology Company, Inc. (NASDAQ:VERB) by 19.6% in the 4th quarter, according to the company in its most recent disclosure with the Securities and Exchange Commission (SEC). The fund owned 64,823 shares of the company’s stock after selling 15,822 shares during the period. Verition Fund Management LLC owned about 0.13% of Verb Technology worth $107,000 as of its most recent SEC filing.

Further Reading: What is a Special Dividend?

Want to see what other hedge funds are holding VERB? Visit HoldingsChannel.com to get the latest 13F filings and insider trades for Verb Technology Company, Inc. (NASDAQ:VERB). 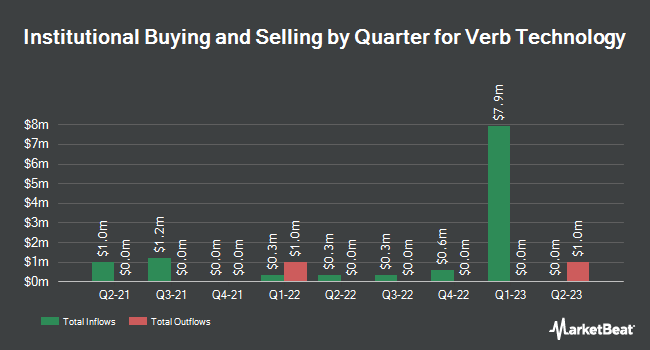 Complete the form below to receive the latest headlines and analysts' recommendations for Verb Technology with our free daily email newsletter: