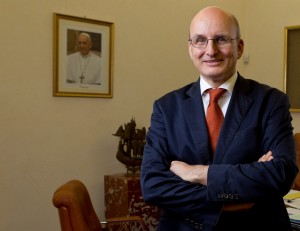 Over 2,000 accounts at the Vatican Bank have been blocked and more than 3,000 relationships with clients have been ended as part of the banks clean up and restructuring process that nearly wiped out all its profits, according to the financial statements from 2013 that were released on Tuesday.

The bank has been riddled with scandal for many years, including allegations of money laundering. The heart of the restructuring will now take place as the bank has a new president along with a new board of directors.

All but 400 of the more than 3,000 closed accounts were in the “dormant” stage with balances that were small and had been inactive for a long period.

Another 359 relationships at the bank are expected to be terminated after outside experts and staff found that the accounts did not meet the new criteria for having an account.

In all, the bank has more than 15,500 customers with some having more than just one account.

The bank’s stated purpose is to manage the Church’s money, its charities, its religious orders and the money for the Vatican employees.

The bank’s statement showed that Ernst von Freyberg the President started the process of cleaning up the bank in 2013 and the process had a hefty price tag, particularly when eliminating some investments that were dubious.

Profits during 2013 were down to just 2.9 million euros, after earning over 86.6 million euros during 2012. Large scale write-downs to end investments made prior to the reform program starting, took a heavy toll.

Profits in 2013 were also hit from expenses related to hiring external auditors to help in transparency and compliance issues as well as in closing accounts.

The statement mentioned that profit in 2013 would have reached 70 million euros, if there had not been one-time expenses and write-downs.

For months, the word from the Vatican was that the figures for 2013 would not be good. Freyberg said he moved forward with zero tolerance for suspicious activity and the painful yet necessary process opened a new door for an unburdened new future for the bank.