Usability Testing: Only Half of Ecommerce Companies Do It 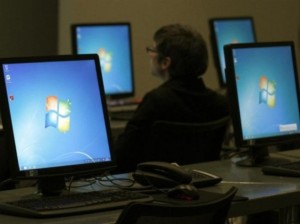 The usability of your ecommerce website makes or breaks a customer’s experience. Low usability is a major hurdle to conversion—if not an outright blocker. High usability helps consumers move effortlessly through the purchase funnel, giving them reason to complete transactions and shop again in the future.

But only half of ecommerce companies engage in usability testing, according to a recent report from Econsultancy. This leaves room for a significant disconnect between what retailers think customers experience while using their store and what it’s actually like.

An old saying goes, “If it ain’t broke, don’t fix it.” But how can ecommerce stores even begin to understand which aspects of their store are ‘broke’ if they ain’t regularly investigating? Optimizing your ecommerce store requires seeing your website through your customers’ eyes as well as understanding their preferences and habits.

The Benefits of Usability Testing

Usability testing allows you to pinpoint areas for improvement rather than making assumptions about the user experience. It does so by examining these five areas:

Many of these outcomes boil down to your store’s cloud ecommerce software. After all, user experience depends upon factors like site load times, forward and backward navigation, site search capabilities, layout, font size and more.

Your choice of an ecommerce platform also dictates your checkout process. As one expert points out for CIO, the checkout is the “highest drop-off point” in ecommerce. If website users encounter hiccups in this area, they’ll exit your site and visit a competitor instead. It pays to make your purchasing processes as simple as possible. For example, avoid requiring users to create an account to checkout; this will scare some shoppers away because it implies they’ll have to invest time and effort into checking out. Eliminate the extra steps standing between a customer and the finish line. It’s savvier to allow consumers to check out as a guest, while providing them the option to create an account after the transaction.

Although A/B testing and usability testing both aim to optimize ecommerce websites, they are not completely synonymous. A/B testing is a method for comparing two versions of design elements against each other to discover which is the most successful one.

Usability is less about testing two specific variations of the same feature and more about identifying problem areas, so you know where to focus your resources and make improvements. In fact, you can even implement A/B testing on problem areas uncovered in your usability testing stage. While only half of ecommerce companies take advantage of usability testing, 73 percent do utilize A/B testing.

Experimentation is good—but so is periodically checking up on the functionality of your website from the customer’s point of view. It’s important to perform regular post-launch user tests so you’re continually clued into the user experience on your ecommerce website. In an industry that moves so fast, complacency can be a conversion killer.

Ecommerce is not a ‘set and forget’ proposition. True, only half of ecommerce companies do usability testing. But retailers who want to gain a competitive edge and drive conversions cannot afford to forgo such a crucial step.