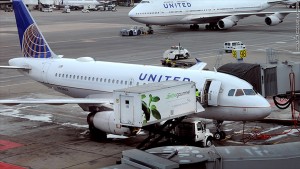 United Airlines has resumed flights after a glitch in its computers halted all of its departures in the U.S. for close to two hours. The glitch disrupted travel for thousand of United passengers in its second similar setback in less than two months.

The Federal Aviation Administration in the U.S. disclosed the end of the airlines’ grounding after saying that the automation issues forced the temporary suspension of takeoffs for United in the U.S.

The shutdown affected just its mainline jets that had not yet taken off and planes that were already airborne continue to their destinations.

The timing of the disruption on Wednesday started prior to 8 a.m. and lasted until nearly 10 a.m. caught United fliers hustling to catch their departures in the middle of the business week. By 9:40 am, 75 flights at United were delayed, which was the most amongst airline in the U.S.

The late takeoffs were 3% of the daily total for United. The carrier’s different hubs include some of the country’s busiest airports like O’Hare in Chicago, Newark Liberty in New Jersey and San Francisco International.

At Logan International in Boston, flights were kept at their gates and have started to re-board, Massport the airport operator.

United went through a similar incident June 2 when the second largest airline in the world cited the lack of proper dispatch information forcing it to halt its takeoffs in the U.S. for less than 60 minutes. Planes that were already airborne were not affected.

United did not make any immediate comment regarding the problems beyond the initial statement that was e-mailed.

The FAA did not offer any additional specifics except for the advisory confirming a halt in its departures.

United Airlines dropped 1.4% on Wednesday morning following the glitch but the broader market always down as well.

The carrier has been struggling with problematic computer systems since its merger in 2010 between UAL its former parents and Continental Airlines that created the current United Continental.