Tootsie Roll Shares Up as Wife Takes Over for Late Husband 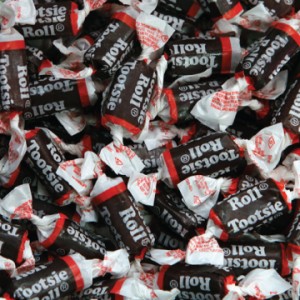 Tootsie Roll the candy company suffered a big loss on Tuesday, when its CEO for the past 53 years died unexpectedly. Tootsie Roll Industries has been a member since 1922 of the New York Stock Exchange.

The company temporarily stopped prior to its news release. It released a press release from its headquarters in Chicago.

As the news broke of the unexpected death of Melvin Gordon shares of the company stock soared by 7% on Wednesday.

Tootsie Roll has been known to be a secretive company, Gordon was known for a lack of transparency during his tenure at Tootsie.

The company has no trespassing signs across its buildings and Gordon, prior to his death, had not given any interviews for many years.

Investors hope that the company’s new CEO Gordon’s widow, will bring some transparency back to the company.

In past years, the only way Tootsie Roll would announce changes was through the filing of its quarterly earnings.

The current majority stockholder in Tootsie Roll is the Gordon family, which has over 50% of the outstanding shares.

Speculation has pointed to the company possibly being acquired by a rival candy company in the very near future.

Valued at just over $2 billion, shareholders at Tootsie have for quite some time suspected the company would sell out.

As industry analysts have said, it is rare for a business the size of Tootsie to be under the control of just a single family.

Ellen Gordon is considered more open to accepting a sellout than was her late husband.

Tootsie Roll has not yet released its earnings report for the fourth quarter. Investors are hoping the company would get on track again during the first three months of 2015.

The company has been plagued with poor earnings for the majority of 2014, as its revenue was off by 0.05% during the first 9 months of the year.

Demand is the biggest factor of whether Tootsie Roll can turn around. Even with increases in income, revenues have fallen and available cash has plummeted by over 93%.