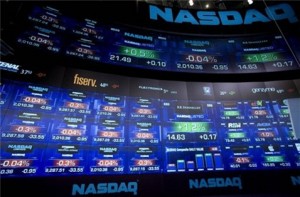 Some of the largest technology companies in the U.S. will be front and center this week as they report their quarterly earnings, which will give investors the chance to re-evaluate the health of the sector.

The technology sector holds the projection for the highest growth in earnings amongst the 10 sectors of the S&P for the most recently ended quarter. The projected growth rate is 12.3%, which would be its best three-month period of growth since the first three months of 2012.

The forecast is a sharp rebound off a drop of over 3.2% only one year ago. Some big companies are preparing their reports for this week and they include Yahoo and Intel Corp on Tuesday; eBay for Wednesday; and Google Thursday.

Analysts on Wall Street have said the technology sector looks to be the sector that is most undervalued, giving investors a number of reasons to have a bullish outlook on the stocks in the sector.

That suggests to some tech investors, the sector might have additional room for more upside. The semiconductor index has increased over 20%.

During the last 10 years, the implied growth of earnings per share across the tech sector has been 5.5% above the S&P 500.

However, now it is only 1% above the index, according to analysts.

Nine of 13 sub-industries within the technology sector have been projected to report earnings that are higher than during the same reporting period one year ago.

Wall Street is also ready to tune in during the week to what Janet Yellen the Federal Reserve Chairs has to say in a pair of trips up Capitol Hill.

The Fed Chair will testify on the Fed’s monetary policy on Tuesday in front of the Senate’s Banking Committee and on Wednesday before the Financial Services Committee of the House.