Brokerages expect Stevanato Group Spa (NYSE:STVN) to announce sales of $239.04 million for the current quarter, Zacks Investment Research reports. Three analysts have provided estimates for Stevanato Group’s earnings. The highest sales estimate is $240.72 million and the lowest is $236.99 million. The firm is expected to issue its next earnings report on Thursday, November 18th.

On average, analysts expect that Stevanato Group will report full-year sales of $968.77 million for the current financial year, with estimates ranging from $965.47 million to $972.72 million. For the next year, analysts forecast that the company will report sales of $1.06 billion, with estimates ranging from $1.05 billion to $1.06 billion. Zacks Investment Research’s sales calculations are an average based on a survey of research firms that follow Stevanato Group.

Further Reading: What is the CBOE Russell 2000® Volatility Index? 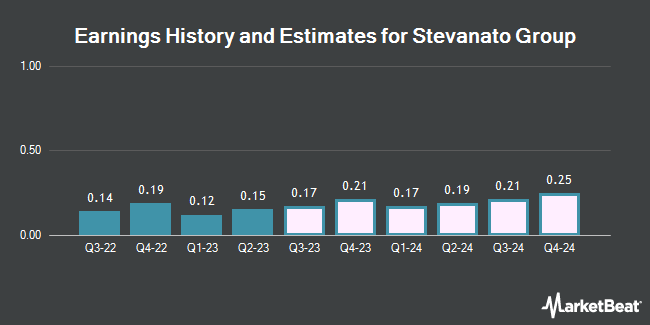 Complete the form below to receive the latest headlines and analysts' recommendations for Stevanato Group with our free daily email newsletter: