State of Alaska Department of Revenue cut its position in Fox Factory Holding Corp (NASDAQ:FOXF) by 81.7% in the 3rd quarter, according to its most recent Form 13F filing with the Securities and Exchange Commission. The institutional investor owned 7,070 shares of the company’s stock after selling 31,603 shares during the quarter. State of Alaska Department of Revenue’s holdings in Fox Factory were worth $525,000 as of its most recent SEC filing.

Fox Factory (NASDAQ:FOXF) last posted its quarterly earnings results on Wednesday, August 5th. The company reported $0.50 EPS for the quarter, beating the Zacks’ consensus estimate of $0.28 by $0.22. The business had revenue of $183.10 million during the quarter, compared to the consensus estimate of $157.07 million. Fox Factory had a return on equity of 20.91% and a net margin of 9.53%. On average, equities research analysts predict that Fox Factory Holding Corp will post 2.57 earnings per share for the current fiscal year.

Read More: What is intrinsic value? 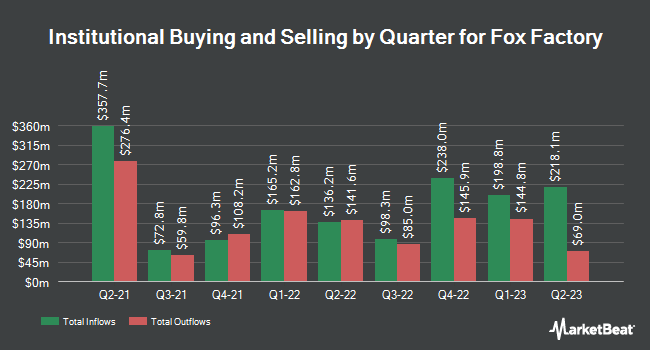 Mosman Oil and Gas Limited Shares Gap Down to $0.19