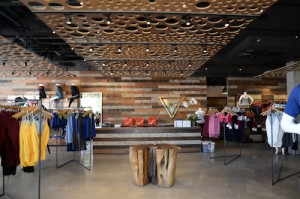 Rishi and Tapasya Bali who are brother and sister grew up in India in the foothills of the Himalayas, an area often called the birthplace of yoga.

Both were working on Wall Street but quit in 2010 to start a new company that would return them to yoga. Their company that specializes in apparel for yoga called YogaSmoga has just closed a $6.5 million Series B round that values the business at over $74 million.

A year and a half ago, YogaSmoga had a value of just $12 million, said the CEO of the company Rishi Bali. The new funding was led by Ravi Singh a former partner at Goldman Sachs, who is on the board of directors at YogaSmoga.

The company, based in New York has different retail locations in Los Angeles and Greenwich, Connecticut and locations for research and development in California and Massachusetts. Bali said that the company was growing quickly as it now has 40 employees from just two 18 months ago and is planning to double its number  of employees in 2015.

To stand apart from hits competition, YogaSmoga has positioned itself as a yoga brand that is more authentic. Both founders were raised in and have a very good understanding of yoga as well as the lifestyle that surrounds it.

While other businesses use Yoga for a marketing tool, YogaSmoga is a company that makes things for life and the difference in our philosophy makes the company operate at a level that is much higher than our competitors are and have a connection that is far deeper with our customers, Bali told reporters.

He added that the authentic connection the company has to yoga is able to help it better understand the customer’s needs and makes for a product that is very luxurious that stands up to all the demands of our consumer.

Prices for YogaSmoga products are quite similar to its competition: a pair of leggings cost $98, which is the same price as yoga pants at Lululemon. However, YogaSmoga has developed a new technology for fabric to create products that are moisture-wicking and pill-resistant. The company is producing its products in the United States.