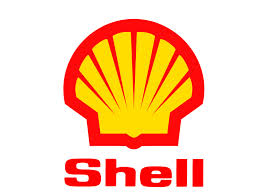 Shell, the Anglo-Dutch energy company, announced a profit warning for the first time in a decade. The company said it expects its earnings for the fourth quarter to be $2.2 billion, which is 70% down from its $7.3 billion during the same period one year ago.

The negative news from Shell is just the latest signal of profits being squeezed amongst the largest oil companies in the world, including Chevron and Exxon Mobil.

All of the oil companies invested a great deal on remote projects located in deep water, mountainous jungles and frozen tundra. A surge in costs of development and flat prices on oil has made it more difficult to justify the cost on those projects.

Shell, the second largest oil company in the world that is publicly traded, has been a huge spender for the last 10 years. Shell estimates its capital spending hit $44.3 billion during 2013, which was up close to 50% from the previous year.

Some Shell investments have struggled. The company has a stake in an oil field in Kazakh that has cost over $30 billion and is overdue by eight years. Shell made write downs of over $2 billion in 2013 on the value of North America shale assets.

An oilrig crash and sea ice hurt an exploration project in the Arctic after the company had invested over $4 billion.

Following the expenditure of billions of dollars for the develop of technology for the extraction of oil from shale located in the Rocky Mountains through freezing underground rocks while heating others, Shell decided to abandon a pilot project in Colorado in 2010.

The bottom line at Shell has also suffered due to a decline in gas and oil that the company is pumping from its existing operations while working on new projects. At the same time, the profit margins from refineries owned by Shell have been weak.

Shell’s production sector earned less for each barrel of crude than did Exxon or Chevron over the first three quarters of last year.

Carpenter Technology Shares Gap Down to $32.99

Myers Industries Shares Gap Down to $21.46