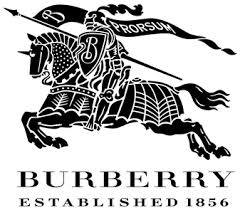 In the Asia Pacific region, Burberry has seen sales growth of double digits. That and other sales figures helped Burberry stock to increase by up to 7% in trading in London Wednesday morning, following the luxury retailer’s report of strong sales during the recently ended holiday season.

The company released earnings that said its retail sales had increased by 14% to $867 million during the third quarter. Much of that increase, said company officials was due to strong sales online and its continued growth within the Asia-Pacific region.

Same-store sales, which exclude new stores sales, were up over 12%. While investors were impressed with the financial results, Burberry CEO Angela Ahrendts was quick to warn that the continuing fluctuation in the exchange rates in currency could hit company earnings during the upcoming months, noting that the economic environment was still very uncertain.

Ahrendts is scheduled to leave her post at Burberry sometime during mid-year in 2014. She will at that time take her new position in Apple. Her role at the Cupertino, California based Apple, the world’s tech giant will have her overseeing online and retail stores and be reporting directly to Tim Cook, Apple’s CEO.

Burberry is thought by many in the industry to be a market leader in its sales strategy and online branding. The luxury retailer has had a great deal of success in the Asia area, where it continues to report revenue increases in the double-digit area.

One analyst said the quarterly report for Burberry was excellent and the analyst said the click and collect offer, which allows online customers to buy items and then pick them up at their nearest store, has helped with sales tremendously.

The Wall Street analyst said Burberry is always cited as one of the role models for its website as well as in-store digital innovation.

The strategy of click and collect has encouraged customers to buy more items when visiting the store after picking up online purchases that had been made previously.

As the economy continues to grow and become more stable, sales at luxury retailers should follow suit.