The business also recently declared a quarterly dividend, which will be paid on Friday, August 19th. Shareholders of record on Wednesday, July 20th will be paid a dividend of $0.10 per share. The ex-dividend date is Tuesday, July 19th. This represents a $0.40 dividend on an annualized basis and a yield of 3.42%. Comtech Telecommunications’s dividend payout ratio (DPR) is currently -36.36%.

Comtech Telecommunications Corp., together with its subsidiaries, designs, develops, produces, and markets products, systems, and services for communications solutions in the United States and internationally. It operates in two segments, Commercial Solutions and Government Solutions. The Commercial Solutions segment offers satellite ground station technologies, including single channel per carrier and time division multiple access modems, amplifiers, frequency converters, and network software to modulate, demodulate, and amplify signals, as well as to carry voice, video, and/or data over networks; and public safety and location technologies, such as 911 call handling and mapping solutions that allow cellular carriers and voice over the Internet carriers to deliver emergency calls to public safety emergency call centers. 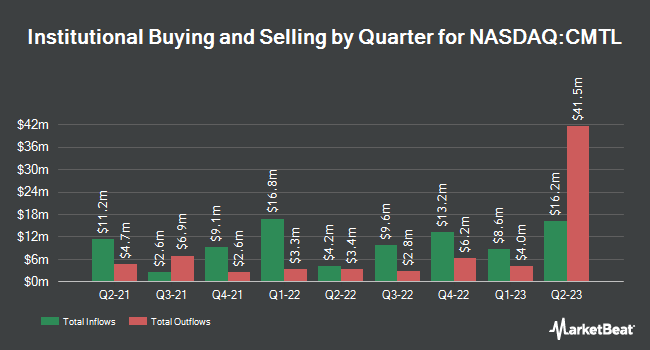 Complete the form below to receive the latest headlines and analysts' recommendations for Comtech Telecommunications with our free daily email newsletter: