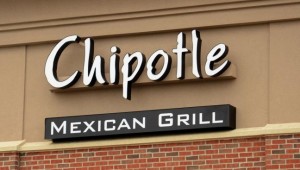 A report that was issued by the Department of Health in Minnesota says that 45 salmonella cases have been reported since September 2.
Thirty-four of the people have had interviews with members of the health department and of the 34, there were 32 who either had eaten or likely ate at one of 17 different Chipotle restaurants.
The locations of the restaurants are in the metro area of the Twin Cities except for one that is located in Rochester and on in St. Cloud. The dates of meals range from between August 16th and 26th and individuals started to feel ill between August 20th and 29th.
Five people have had to be hospitalized and are now recovering.
Investigators have yet to make an identification to the specific item of food that is the outbreak’s source.
During the period of the illnesses, Chipotle served more than 560,000 customers in the state of Minnesota and has taken all appropriate measures to ensure that it is safe to consume it products.
More importantly, health investigators said they are very confident that the current transmission at Chipotle has ended.
The locations named as to where the people ate and then became ill might not be the only locations that were affected. There are other locations that also could have had the problem but no one became ill that had eaten there or did not report being ill.
Symptoms of the illness include abdominal pain, fever and diarrhea. The symptoms usually start within the first 12 to 72 hours following exposure to the bacteria, but can begin as much as a week after being exposed.
Salmonella infections are usually resolved between 5 and 7 days, but as many as 28% of the cases that are confirmed through labs require hospitalization.
Official in the health department want the outbreak to come to the attention of those who might have the symptoms but have not yet gone to a medical care provider. Those people should mention the outbreak to their doctors should they eventually consult one.