Sales of Pre-Owned Homes in U.S. Drops More Than Forecasted 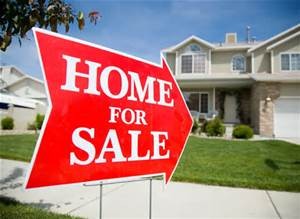 Sales of pre-owned homes in the United States fell more than what had been forecast for August as the lean inventories slowed the momentum for this year.

Closing, which normally take place one month or two after the signing of a contract, declined by 4.9% to just over 5.31 million based on an annual rate from an updated 5.58 million that was the strongest in 8 years, said the National Association of Realtors on Monday.

Prices climbed and the amount of available homes for sale on the market dropped from the same period one year ago.

A limited availability of pre-owned homes for sale is making it more difficult for certain Americans to use the low interest rates and to relocate following a recovery in the values of property.

While this year home sales are better, Janet Yellen the Chair at the Federal Reserve said last week that the pace of new improvement had been widely inconsistent with a firmer labor market and the demographics that should provide for a largest boost.

Inventories continue to hold back sales, announced one chief economist at a financial services business whose forecast of 5.4 million was amongst the lowest for the survey.

The drop during August was the largest in the past seven months.

The average forecast of economists surveyed called for sales in August to be an annual rate of 5.5 million.

Estimates were from a low of 5.4 million to a high of 5.62 million after reported originally of 5.59 million during July.

Existing home sales, which are totaled only when the contracts for purchase close, account for over 90% of the entire residential market.

Compared with last year, purchases have increased by 5.4% during August prior to adjusting for seasonal variations.

The average price of pre-owned home was up 4.7% from August of 2014. The appreciation was led by an advance of 7.1% in the West. At the same time, the South enjoyed an increase of 6.4%