Sales Double but Xbox Still Loses Out to PS4 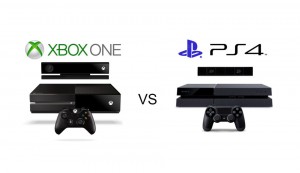 Microsoft’s created a new SKU for Xbox One at $100 less than its original $499 price, which put it in line with the latest PlayStation 4 by Sony, which had enjoyed a price edge up to that point.

The Microsoft strategy paid off as in June sales doubled from those in May. However, only two days after making headlines over its huge turnaround, Microsoft still has found itself sitting behind Sony as far as sales are concerned.

NPD Group, a top research firm, just released sales numbers for June and despite Xbox doubling sales, it was outsold in June by PS4.

Overall sales of hardware increased 200% from May to June, according data from NPD. That indicates that PS4 posted an increase in sales of its own and also getting in on some of the action was Nintendo Company.

Therefore, during May and June sales for Nintendo were close to 800,000 console units, which is approximately 400,000 per month. If that is accurate, it is a big story on its own by marking a dramatic comeback for a console that has struggled mightily.

The social game title by Nintendo for 3DS known as Tomodachi Life made its debut in seventh place following its long awaited debut in the U.S. and despite the big controversy surrounding Nintendo’s refusal to give support to same sex relationships in its current version.

Those titles were the only titles that were single platform that made the top 10, which hinted that Nintendo was seeing a huge payoff on its software side for the console Wii U.

Nintendo America’s Marketing and Sales VP Scott Moffitt said the company expects Mario Kart 8 will continue to drive its momentum for the software and hardware business through the end of the year holidays and into the future.