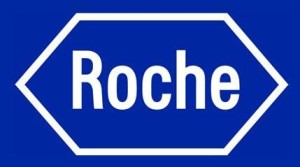 On Monday, Roche Holding AG said it was acquiring Genia Technologies Inc based in California. Genia develops technology for DNA-sequencing and its acquisition by Roche is part of the pharmaceutical strong push into diagnostics.

Roche, based in Basel, Switzerland announced it was paying upfront $125 million for the California company. Roche also might pay shareholders of Genia, which is closely held, as much as $225 million more in other payments if milestones are obtained.

This acquisition comes as the Swiss based Roche attempts to expand its overall capabilities in molecular diagnostics. Earlier in the year, Roche entered a deal worth potentially $450 million for IQuum a closely held firm in Massachusetts that is the maker of testing equipment for molecular diagnostics.

In 2012, the Basel based company walked away from a deal worth $7 billion to purchase Illumina Inc a gene-sequencing company in the U.S. because the company was seeking a higher purchase price.

DNA sequencing the process by which a person’s genetic makeup is decoded. The technology is believed to have great potential for delivering medicines that can be personalized.

Genia’s technology should cut the price of sequencing DNA while increasing the processing speed.

Roche announced that Genia will be enveloped into is unit of sequencing when the multi-million dollar transaction is finally completed.

The technology of Genia is a semiconductor based single-molecule DNA sequencing platform that uses nanopore technology.

Stefan Roever, the CEO at Genia said the company was excited about continuing its successful development under the Roche Group and bringing its technology to the world’s researchers on a worldwide scale.

Roche Diagnostics COO Roland Diggelmann said that by acquiring Genia, Roche was taking a further step towards introducing a possible disruptive technology into the market.