Retail Sales Up in Canada, Inflation Cools Off 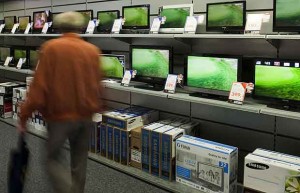 Consumers in Canada again boosted the economy during June, with a rise in retail sales for the sixth consecutive month, by a stronger than had been expected of over 1.1%, according to date released by Statistics Canada on Friday.

The forecast by analysts was for an increase of 0.3%. Stats Canada also revised the increase in May from 0.7% to 0.9%.

The volume of all sales, which is adjusted for prices and is a relevant factor for the calculation of gross domestic product real growth, was up by 0.6%.

The household sector that has been stretched has been the most responsible for recent year’s growth. The Bank of Canada hopes those driving the growth will rotate to business investment and exports, a rotation that is slow in materializing.

At the same time, the annual rate of inflation in Canada softened more than had been expected during July and saying an unexpected fall of the core rate, showed data on Friday. It was weighed down by a fall in the prices of healthcare, clothing and gasoline.

The 12-month change for consumer prices dropped from June’s 2.4% to July’s 2.1%, which was just above the target of 2% for the central bank in Canada, but lower than a forecast of 2.2% by economists.

On a basis of month-to-month, prices were expected to pull back by 0.1%, due in part because of less expensive energy, but ended up being 0.2% lower.

Core prices, which take out the volatile items such as vegetables and gasoline showed a drop of 0.1% instead of a rise that was expected of 0.1%.

Core inflation for the year, watched very carefully by Canada’s central bank, moved further away from the target of the Bank of Canada from 1.8% to 1.7%.

Prices of gasoline fell during the period, by 1.9% but also falling were non-core items including health, personal care and clothing.