Canadian Pacific Railway (TSE:CP – Get Rating) (NYSE:CP) last posted its quarterly earnings results on Wednesday, October 26th. The company reported C$1.01 earnings per share (EPS) for the quarter, beating the consensus estimate of C$0.99 by C$0.02. The firm had revenue of C$2.31 billion for the quarter, compared to analyst estimates of C$2.27 billion.

The company also recently announced a quarterly dividend, which will be paid on Monday, January 30th. Investors of record on Monday, January 30th will be paid a dividend of $0.90 per share. The ex-dividend date of this dividend is Thursday, December 29th. This represents a $3.60 annualized dividend and a yield of 3.37%. This is a boost from Canadian Pacific Railway’s previous quarterly dividend of $0.19. Canadian Pacific Railway’s dividend payout ratio (DPR) is currently 24.28%. 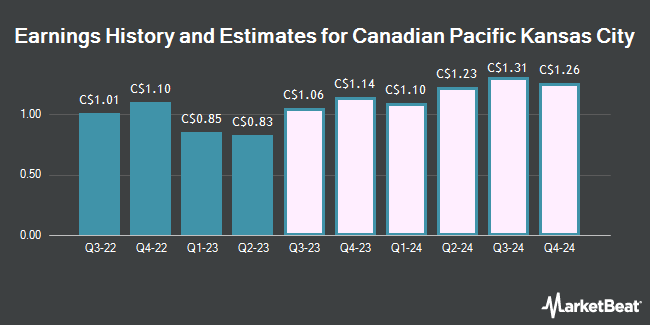