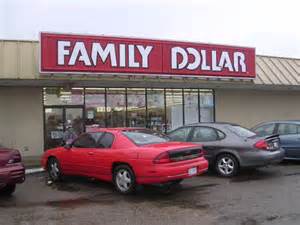 Family Dollar Stores Inc , the discount retailer currently at the center of a takeover battle involving three companies, reported its earnings that did not meet expectations of Wall Street analysts after its price cuts trimmed profit margins.

Excluding certain items, profit at the company reached 73 cents per share during the period, which ended on August 30. Analysts were projecting profits of 77 cents per share.

Howard Levine, the CEO said that from a financial statement the 2014 fiscal year was one of the company’s most difficult in history.

This past March, the company attempted to attract more shoppers by lowering prices on over 1,000 items, which was an investment annually of more than $50 million. However, sales are still hardly growing.

The struggle Family Dollar is suffering has not deterred its two largest rivals from attempting to take the company over.

Family Dollar agreed in July that Dollar Tree Inc acquire it prompting rival Dollar General to respond with an offer that was higher as it attempted to keep its perch at the top of the discount industry.

That bid was rejected by Family Dollar and another bid as well, saying that that kind of deal might not pass approval by the anti-trust regulators, even though Dollar General planned to divest over 1,500 stores.

Dollar General’s response was to take its $80 per share bid to shareholders making a tender offer.

Family Dollar stock fell under 1% in late Thursday trading after the financial results had been released.

The stock had increased by 20% in 2014 helped by the ongoing bidding war.

The sales at same-stores at the discount retailer were up 0.3% during the last quarter after experiencing three consecutive quarters of declines.

Dollar General said it would not provide financial guidance for its current fiscal year due to the pending deal.