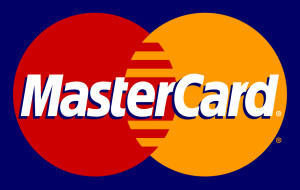 MasterCard Inc the second largest payments network has posted a profit for the first quarter that beat estimates of Wall Street analysts as spending by customers increased.

Analysts had estimated that profit would be 72 cents per share.

Ajay Banga the CEO is increasing dividends as well repurchasing stock as the payments network has benefitted from a shift globally from using checks and cash to paying via electronic forms. MasterCard collects most of its revenue from outside the United States.

Banga said the company has started 2014 with a very strong quarter even though the global economy is still mixed. The company, said Banga, is continuing to invest in acquisitions and technology helping to speed development of online and mobile solutions.

Revenue at MasterCard was up by 14% to $2.18 billion said the company, which topped estimates on Wall Street of $2.14 million. Purchase volume worldwide was up 13%, fueled in part by increased spending in Asia, Europe and Latin America.

Operating expenses were up by 12% to more than $8932 million with higher spending in marketing and advertising.

In the first quarter, MasterCard was able to repurchase more than $1.7 billion in shares, said the firm.

Visa Inc, the largest payments network announced on April 24 that its profit in the first quarter was up 26% to end the quarter at $1.6 billion, but gains in revenue missed Wall Street expectations.

American Express Company, the biggest issuer of credit cards by purchases in the U.S. said in April that its quarterly income was up 12% to more than $1.43 billion, which exceeded expectations on Wall Street. Discover Financial Services reported first profit on April 22 of $631 million, which was a drop of 6.2%.