Principal Financial Group Inc. lessened its stake in I-Mab (NASDAQ:IMAB – Get Rating) by 22.0% in the fourth quarter, according to the company in its most recent 13F filing with the Securities & Exchange Commission. The firm owned 662,534 shares of the company’s stock after selling 186,423 shares during the quarter. Principal Financial Group Inc. owned about 0.83% of I-Mab worth $31,397,000 at the end of the most recent reporting period. 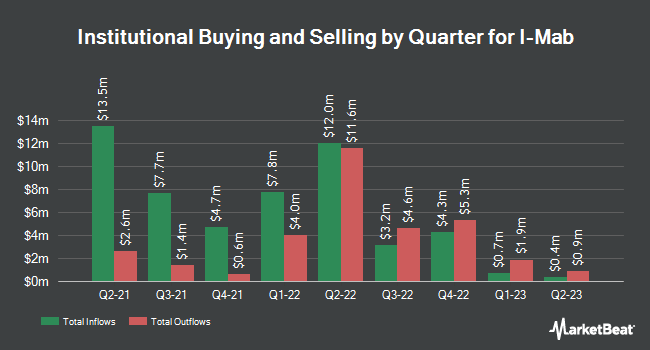 Receive News & Ratings for I-Mab Daily - Enter your email address below to receive a concise daily summary of the latest news and analysts' ratings for I-Mab and related companies with MarketBeat.com's FREE daily email newsletter.

Complete the form below to receive the latest headlines and analysts' recommendations for I-Mab with our free daily email newsletter: