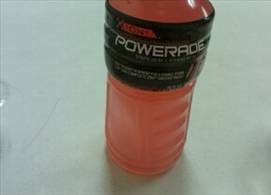 Coca-Cola the owners of the popular sports drink Powerade is eliminating a controversial ingredient in the drink following the same move last year by PepsiCo in its famous drink Gatorade.

The ingredient in question is brominated vegetable oil. It has been a target of a petition by a teenager in Mississippi, who questions why the ingredient was in a drink that was marketed toward athletes that are health-conscious.

The teenager’s petition on the site Change.org noted the ingredient had been linked to a flame retardant and in both the European Union and Japan, it is not approved to be used.

Because of the customer feedback, last year PepsiCo said it would eliminate the ingredient in its popular Gatorade drink.

However, Coca-Cola at that time declined to release a statement saying whether or not it would remove that same ingredient from its Powerade drink that also contain the same ingredient.

However, this week, bottles of the strawberry lemonade and fruit punch versions of Powerade being sold in different areas of the U.S. no longer have the ingredient on the label under ingredients.

Some of the bottles still list the ingredient, which suggests that Coca-Cola might have started the phasing out of the ingredient quite recently.

A spokesperson from Coca-Cola, based in Atlanta confirmed on Sunday that its brand of Powerade was now BOV-free. However, no details had been given as to when the change would be 100% complete or what the new formula is for the drinks.

Powerade’s Internet site still lists as an ingredient the brominated vegetable oil for its strawberry lemonade and fruit punch flavors.

The U.S. Food and Drug Administration has said that brominated vegetable oil is a stabilizer for different flavoring oils in drinks that are fruit flavored. Coca-cola in the past has said that is uses BVO to improve the stability and stop certain other ingredients from separating.

Coco-Cola’s decision to remove the BVO form its Powerade drink is just more evidence that makers of food are being pressured for when ingredients they have in their products.

While the companies stand behind their product’s safety, some are making slight changes in their foods in response to movements where people believe certain products are more natural than others are.