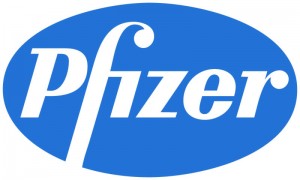 Pfizer Inc, the U.S. based drug maker announced it was acquiring Hospira Inc for over $15 billion to increase its generic drugs and biosimilars, which are copies of biotech drugs.

Pfizer has offered cash in the amount of $90 a share or a 39% premium to the closing stock price of Hospira on Wednesday. Prior to the bell on Thursday, Hospira climbed close to 35% while Pfizer was up 3.6%.

For Pfizer, this deal is the largest since it failed to takeover AstraZeneca, which rebuffed its approach of $118 billion offer last year, but remained a subject of a speculation of a takeover.

America based Pfizer said the move showed a commitment to deploy capital and to deliver revenue as well earnings a share growth during the near term.

This deal is thought to add between 10 cents and 12 cents a share to earnings for Pfizer when the deal ends.

This move will increase the business Pfizer has in established drugs or the one no longer being covered by patents protection.

Hospira manufactures generic versions of different injectible drugs that hospitals use and sells many biosimilars overseas.

Drug manufacturers are racing to have biosimilars developed. This typically cost up to 30% less than originals as the big ticket patents on different biotech drugs begin to expire and healthcare systems strapped for cash began cutting costs.

There are no biosimilars approved yet in the U.S. A regulatory panel in the U.S. endorsed one for the first time this past January, from Novartis, a copy of Neuoppogen the blockbuster cancer drug form Amgen.

Biosimilars are estimated to represent sales of $100 billion in sales from biological drugs that are off-patent by the end of this decade.

Hospira is looking for U.S. Food and Drug Administration approval to market a version of the blockbuster treatment for arthritis Remicade by Johnson & Johnson.

The total value of the business deal with Pfizer is close to $17 billion which includes debt, said the companies.

Hospira had outstanding debt for the long term of $1.75 billion on September 30 of last year.