Danaos (NYSE:DAC) last posted its quarterly earnings data on Monday, August 3rd. The shipping company reported $1.71 earnings per share (EPS) for the quarter, beating the consensus estimate of $1.42 by $0.29. Danaos had a return on equity of 17.20% and a net margin of 30.39%. The business had revenue of $116.82 million during the quarter, compared to analyst estimates of $106.46 million. As a group, analysts expect that Danaos Co. will post 6.15 earnings per share for the current fiscal year.

Danaos Corporation, together with its subsidiaries, owns and operates containerships in Australia, Asia, Europe, and the United States. The company offers seaborne transportation services, such as chartering its vessels to liner companies. As of February 28, 2019, it had a fleet of 55 containerships aggregating 327,616 twenty foot equivalent units in capacity.

Want to see what other hedge funds are holding DAC? Visit HoldingsChannel.com to get the latest 13F filings and insider trades for Danaos Co. (NYSE:DAC). 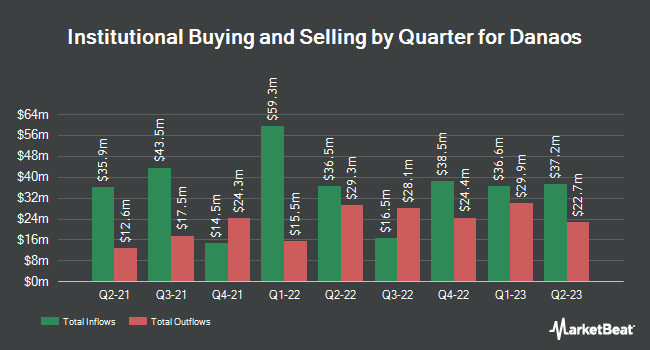 Receive News & Ratings for Danaos Daily - Enter your email address below to receive a concise daily summary of the latest news and analysts' ratings for Danaos and related companies with MarketBeat.com's FREE daily email newsletter.