Omnicell, Inc. (NASDAQ:OMCL) CEO Randall A. Lipps sold 3,718 shares of the business’s stock in a transaction on Wednesday, July 29th. The shares were sold at an average price of $75.15, for a total transaction of $279,407.70. Following the transaction, the chief executive officer now owns 152,116 shares in the company, valued at approximately $11,431,517.40. The transaction was disclosed in a legal filing with the SEC, which can be accessed through the SEC website.

Omnicell (NASDAQ:OMCL) last announced its earnings results on Tuesday, July 28th. The company reported $0.37 EPS for the quarter, beating the Thomson Reuters’ consensus estimate of $0.23 by $0.14. The company had revenue of $199.62 million during the quarter, compared to the consensus estimate of $182.16 million. Omnicell had a net margin of 5.42% and a return on equity of 9.21%. The firm’s revenue for the quarter was down 8.2% on a year-over-year basis. During the same quarter in the prior year, the company posted $0.67 earnings per share. On average, equities research analysts predict that Omnicell, Inc. will post 1.68 earnings per share for the current year. 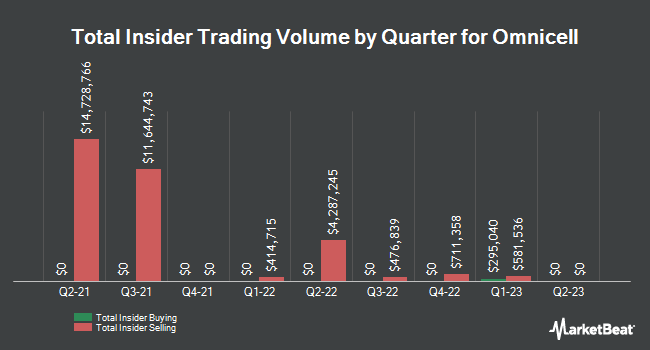