Oil Drama Causes Weakness in Stocks Across Europe and Asia 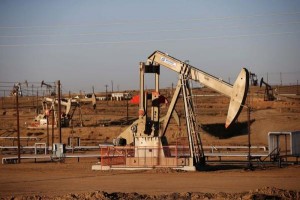 Stock markets in Europe came under pressure for the third consecutive session Tuesday as a drop in the price of oil showed no signs of letting up, supporting the safe haven assets like government bonds, the Swiss franc and Japanese yen.

Shares in Asia slumped overnight following another oil market drama that drove crude from the U.S. to under $50 per barrel for just the first time since 2009 and gave Wall Street its worst losses in the past three months.

Some major exchanges in Europe recovered and were trading in positive territory following a difficult start, but London’s gas and oil heavy FTSE was down over one half of one percent dragging the indices Europe wide into the red.

Stock futures in the U.S. just before the opening bell were in the red.

The Nikkei in Japan fell by 3% its largest drop in nearly 10 months, while shares in South Korea were off by 1.7% to a low of 18 months.

Even the mainland China shares that have been doing very well pulled back following highs of 5 ½ years reached earlier in the day.

The oil markets rout resumed strongly following a lull over the holidays with prices plummeting by up to 6% Monday and almost 2% Tuesday.

A number of factors maintained the downward pressure for oil prices, said analysts, who pointed to concerns about the economy in Greece, high output of oil by Russia, Iraq and the U.S. and a dollar that remained strong.

The drop in oil is going far beyond the expectation of many. This will but more pressure on U.S. energy companies’ earnings said a senior strategist in Japan.

Hit by a fall in 10-year yields in U.S. treasuries, and the overall concern over growth globally, the dollar dropped by half a percent versus the yen to 118.64 prior to recovering.

Against a bigger basket of worldwide currencies, the U.S. dollar continued its upward march. The euro dropped by one third of one percent to just over $1.188 off a low of nine years that took place on Monday.