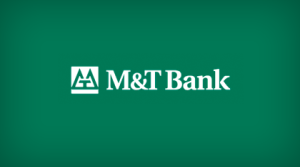 M&T Bank was ordered to forfeit drug proceeds of more than $560,000 that had been laundered through one of its branch.

A U.S. District Court Judge ordered the forfeiture following the case of a teller who collaborated with a drug trafficking group’s member in Maryland to convert bills of small denomination into $100 bills, without the need of filing required reports for currency transactions.

It is required by federal law that transactions that involve over $10,000 be reported and filed with the IRS, which did not take place.

The attorney said that financial institutions could be penalized for accepting deposits in cash and not filling out the proper currency transaction reports.

An M&T Bank spokesperson said the bank, which is based in Buffalo was fully cooperating with authorities.

On a minimum of eight occasions from 2011 to 2013, 33-year old Deanna Bailey visited the bank and had Sabrina Fitts the head teller convert the small denomination bills into bills that were larger.

For doing the work, Fitts was giving a transaction fee of 1% from Bailey for not filling out the required transaction reports.

Fitts and Bailey pleaded guilty for the roles they played in the money laundering. Bailey was given 46 months for money laundering conspiracy. Fitts was given one month behind bars and home detention for eight months. She had to forfeit the $5,000 she was given for converting the small bills.

Bailey said in her plea that she had been a member of one drug ring that moved close to 500 pounds of cannabis from somewhere in the southwestern part of the U.S. to the state of Maryland for distribution in the area.

Fitts or her attorney was not available for comment.

The Bank reported it has assets of more than $88.5 billion as of March 31. It currently operates approximately 725 branches in states that range from Virginia north to New York.