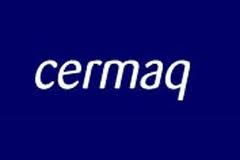 Mitsubishi Corp, the biggest trading house in Japan, offered to purchase Cermaq the Norwegian fishery for 8.87 billion kroner or $1.4 billion to expand its food business.

The offer represents a premium of 14% of the closing price of Cermaq as of September 19, said Mitsubishi on Monday. The headquarters of Cermaq would remain in Norway, said the Tokyo based company.

Mitsubishi has followed other traders in Japan by entering the food industry, as a reduction in the pace of demand from China for iron ore and coal has prompted a shift in overall focus.

This past June, Mitsubishi signed a deal nearly doubling its grain volumes in Australia after purchasing a controlling interest in Olam International’s unit in the fourth largest wheat exporting country in the world.

Cermaq’s largest shareholder is the government of Norway. The government announced it was prepared to sell its stake to Mitsubishi, although it could move to another buyer if an offer that is more attractive is presented.

The Ministry of Trade and Fisheries owns 59% of Cermaq, said the statement.

The offer by Mitsubishi for Cermaq is 18% higher than the stock’s average price for the past 3 months, said an analyst, who called the deal fair.

Shares of stock in Mitsubishi were up 0.8% on Monday in trading in Tokyo. The offer was announced earlier on Monday.

Last year a majority of shareholders in Cermaq rejected an offer from Marine Harvest ASA to acquire Cermaq, including Ewos its unit of fish feed, for 107 kroner per share.

Instead, the company sold Altor Equity and Bain Capital its Ewos unit and paid its owners a dividend of 51 kroner.

Should the offer of 96 kroner per share announced on Monday be accepted, Cermaq shareholders would have earned close to 40% more, including the dividend than if they had accepted the offer by Marine Harvest.

Mitsubishi announced last month that profit dropped 17% during the last quarter as its sales of coal, oil and gas ended with net income of 43.3 billion yen, which was down from the same quarter last year of 64.3 billion yen.