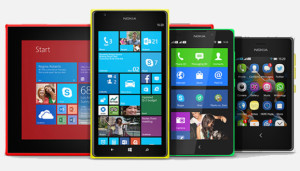 Software giant and U.S.-based Microsoft, the new official owner of the mobile device segment of Nokia, will set as its target the $50 billion affordable mobile phone market to help restore the lost glory of the business, which at one time was the largest handset maker in the world.

Prior to being purchased by Microsoft, Finland-based Nokia lost a huge share of the mobile market to Apple and Samsung as it was struggling to find its place amongst the fast changing consumer wants and needs.

Nokia partnered in 2011 with Microsoft for the new Lumia line of smartphones, which operate on the Windows Phone operating system.

Windows Phone is the fastest growing platform in the current smartphone market and according to IDC a research firm, it was the third largest operating system during the last quarter of 2013.

Microsoft will be targeting the mobile devices affordable market that is worth as much as $50 billion annually delivering the first experience in mobile technology to the a billion people while at the same time introducing the service of Microsoft to new clients across the globe, said a Microsoft statement.

Handsets and smartphone that are low cost from Asian manufacturers such as ZTE, Huawei, Karbonn and Micromax have driven the growth within emerging markets such as Africa and Asia.

Asked if new phones would have a brand name change, Microsoft said that it had licensed the brand Nokia for 10 years for mobile phone, as well as in marketing Nokia branded smartphone devices for a limited amount of time.

Analysts believe that the Nokia brand is big in India and that Microsoft would prefer to leverage that and make innovations using that name.

Nokia has a portfolio that is very strong of devices that cross over many price points for smartphones. Microsoft expects to continue with the Asha line, as it remains popular across India as well as in other market due to having affordable price points.