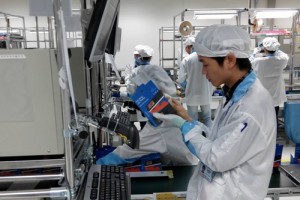 Microsoft will close more Nokia factories located in China. The shutdown is seen as part of the global restructuring of Microsoft is carrying out of Nokia after its purchase of the company last year.

Microsoft will shutter its Nokia factories in China as well as lay off close to 9,000 workers local media in China reported Friday. The factories that will be affected are located in Beijing and in Dongguan a city to the southeast, which work with the Nokia mobile manufacturing operation, according to local news report.

Some of the equipment for manufacturing is to be moved to Vietnam, said the report, quoting a Microsoft official who was unnamed. The transfer of equipment and closures is expected to be finished by the end of next month.

This move is seen as part of the announcement by Microsoft last July to cut nearly 18,000 jobs across the globe with over 12,500 of them related to operations of Nokia, making it the largest layoff in terms of numbers in the history of the company.

Since the takeover of Nokia’s business of mobile phones in April of last year, for more than $7.2 billion, Microsoft has eliminated close to half of the phone company’s more than 25,000 workers and closed many facilities to lower costs.

The giant in software is gradually ceasing the use of Nokia as the brand name for Lumia smartphones and has started to sell phones under the brand Microsoft.

In an interview, Satya Nadella the CEO at Microsoft said the company was shifting focus on mobile devices, productivity software and cloud computing.

The restricting plan by Microsoft reflects big shifts in the globe mobile handset industry, given a short life cycle for the product and high turnover of products in recent years, said a report from an industry analyst in Hong Kong.

The advent of the era of smartphones had seen many phone makers in China produce a wide range of quality smartphones as well as the big global brands such as Samsung and Apple.