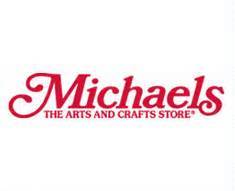 The Michaels Companies, the retailer of arts and crafts, which has spent close to eight years privately owned, is ready to become a public company.

Michaels debut shares were priced Thursday night at $17 apiece, which was the bottom of the expected price range, according to people briefed on the situation.

At the $17 price, the arts and crafts giant has a $3.45 billion market value. The company raised $472 million in its offering and its shares are set to start trading Friday on Nasdaq under MIK.

This offering culminates the long journey of the company to reach Wall Street. It was taken over back in 2006 by a pair of private equity firms.

Michaels attempted in 2012 to go public but the plans were put on hold when John Menzer the CEO suffered a stroke and had to step down.

Michaels is planning to use monies raided in its IPO to help pay down considerable debt, which was at $3.7 billion as recently as May 3. Its private equity owners have been paid.

Blackstone Group and Bain Capital, which principally are the company owners, collected a dividend last year of $714 million in 2013, which was financed by the debt that was issued by Michaels after reorganization at the corporate level.

Each of the two companies did not sell any shares on the IPO, and will together own 80% of the company once it goes public.

Michaels is the biggest retailer of arts and crafts in the U.S. selling knitting accessories, scrapbook supplies, home furnishing and frames in over 1,000 stores.

With the tagline creativity happens, the retailer has tried to cultivate a do it yourself type brand, running education course for crafts and selling many products on its private label, which accounts for nearly half of its sales in its latest fiscal year.

However, the company, like many retailers that are brick and mortar faces big competition from Amazon and other online retailers.

In addition, Michaels is reliant on one huge product the Rainbow Loom bracelet making kit. The sales of that kit and the replacement bands were the biggest driver in an increase of 3.7% in sales during the most recent fiscal year.