Merus (NASDAQ:MRUS) had its price objective upped by Citigroup from $31.00 to $38.00 in a report released on Monday, The Fly reports. The firm currently has a buy rating on the biotechnology company’s stock.

Merus (NASDAQ:MRUS) last posted its quarterly earnings data on Thursday, August 5th. The biotechnology company reported ($0.71) EPS for the quarter, missing the consensus estimate of ($0.58) by ($0.13). Merus had a negative net margin of 231.19% and a negative return on equity of 51.93%. The firm had revenue of $12.38 million during the quarter, compared to analysts’ expectations of $7.83 million. Equities analysts anticipate that Merus will post -2.34 earnings per share for the current year. 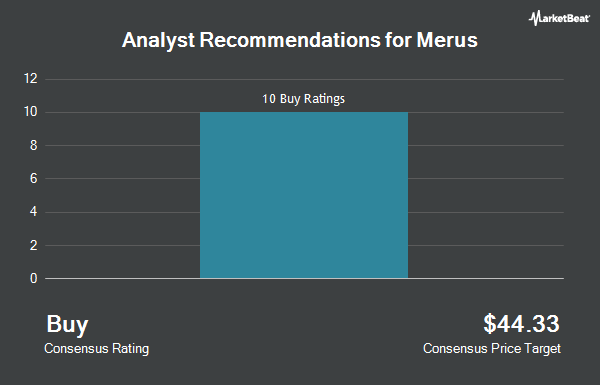