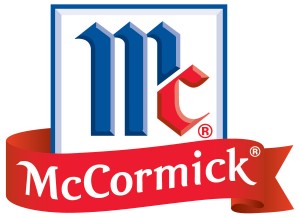 One Wednesday, McCormick & Co, the seasonings and spices maker reported profit during its first quarter that was down compared to last year, despite a growth in sales, hurt due to charges as well as shrinking margins amidst higher costs.

Alan Wilson the CEO, Chairman and President said the first quarter numbers demonstrated the progress made with sales growth strategies and the profit result has the company starting 2015 strongly.

The company, based in Sparks, Maryland reported $70.5 million in net income equal to 55 cents a share for its first quarter, lower than last year’s same quarter of $82.5 million equal to 62 cents per share.

Excluding a special charge of 15 cents a share, adjusted net income came in at $90.5 billion for the quarter or 70 cents a share.

On average, analysts polled expected a financial report with earnings of 64 cents a share for their first quarter.

Net sales during the quarter were up, 1.7% to end the quarter at $1.01 billion from last year’s $993.39 billion during the same period and top Wall Street’s projection of $985 million.

Sales increased by 5.6% in the local currency. McCormick’s consumer business revenue was up higher 0.8% to over $620 million, while industrial business sales were up 3.2% to over $390 million.

Using a constant currency, consumer sales were up 4.9% and business sales were up 6.8%. Gross profit for the just finished quarter was $389, 6 million, which was down from last year’s same quarter of $391 million and the gross margin had contracted by 80 basis points to 38.6 from 39.4 last year.

Looking forward to the 2014 fiscal year, McCormick said adjusted earnings would be between $3.44 and $3.51 a share on a project growth in sales of 4% to 6%. The company said as well that it continues to expect reductions in cost of nearly $85 million, which will offset the higher costs of materials along with actions in pricing.