Shares of Masonite International Corp (NYSE:DOOR) have earned a consensus recommendation of “Hold” from the twelve research firms that are covering the stock, Marketbeat Ratings reports. One research analyst has rated the stock with a sell recommendation, four have issued a hold recommendation and five have given a buy recommendation to the company. The average 1-year price target among brokerages that have issued ratings on the stock in the last year is $71.00.

In other Masonite International news, insider Robert Edgar Lewis sold 1,500 shares of the firm’s stock in a transaction that occurred on Thursday, November 7th. The stock was sold at an average price of $64.10, for a total transaction of $96,150.00. Following the completion of the transaction, the insider now owns 26,881 shares in the company, valued at approximately $1,723,072.10. The transaction was disclosed in a document filed with the Securities & Exchange Commission, which is accessible through this link. Company insiders own 2.43% of the company’s stock.

Further Reading: Options Trading – What is a Straddle? 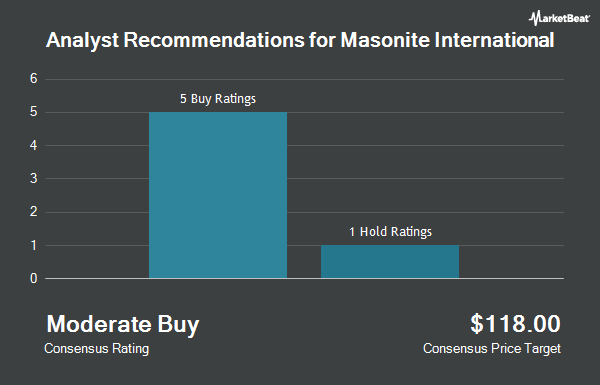