Madison Square Garden Sports (NYSE:MSGS) will be announcing its earnings results before the market opens on Wednesday, May 5th. Analysts expect the company to announce earnings of ($1.68) per share for the quarter.

Madison Square Garden Sports Corp. operates as a professional sports company. Its portfolio of assets include the New York Knickerbockers of the National Basketball Association (NBA), and the New York Rangers of the National Hockey League; two development league teams, including the Hartford Wolf Pack of the American Hockey League, and the Westchester Knicks of the NBA G League; Knicks Gaming, an esports franchise; and esports teams.

Featured Article: What is a Lock-Up Period? 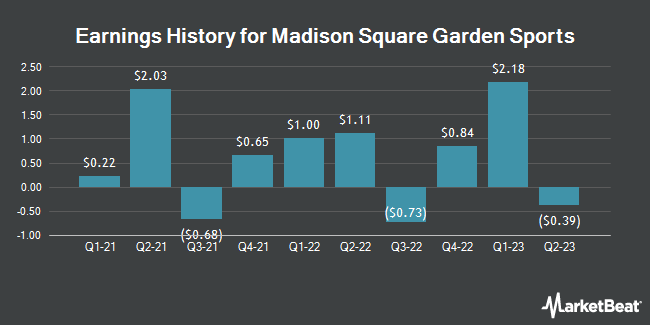 Complete the form below to receive the latest headlines and analysts' recommendations for Madison Square Garden Sports with our free daily email newsletter: