OceanaGold (OTCMKTS:OCANF) was downgraded by equities researchers at Macquarie from a “neutral” rating to an “underperform” rating in a research note issued to investors on Monday, The Fly reports.

OceanaGold Corporation, a gold producer, engages in the exploration, development, and operation of mineral properties. It explores for gold, copper, silver, and other minerals. The company operates the Didipio gold-copper mine located in the Nueva Vizcaya and Quirino provinces on the island of Luzon in the Philippines; the Macraes goldfield mine on the South Island of New Zealand; the Waihi gold mine on the North Island of New Zealand; and the Haile gold mine located in South Carolina, the United States.

Recommended Story: What are gap-up stocks? 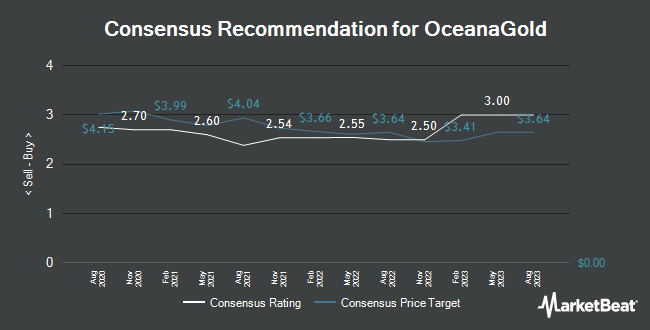 Complete the form below to receive the latest headlines and analysts' recommendations for OceanaGold with our free daily email newsletter: