Lord Abbett & CO. LLC grew its position in RingCentral, Inc. (NYSE:RNG) by 3.8% during the 3rd quarter, according to the company in its most recent disclosure with the Securities & Exchange Commission. The institutional investor owned 77,166 shares of the software maker’s stock after acquiring an additional 2,810 shares during the period. Lord Abbett & CO. LLC owned about 0.08% of RingCentral worth $16,784,000 at the end of the most recent quarter.

RingCentral (NYSE:RNG) last posted its quarterly earnings data on Tuesday, November 9th. The software maker reported $0.36 earnings per share for the quarter, beating the Thomson Reuters’ consensus estimate of ($0.59) by $0.95. RingCentral had a negative net margin of 17.54% and a negative return on equity of 111.17%. The company had revenue of $414.63 million during the quarter, compared to analyst estimates of $393.42 million. During the same quarter last year, the firm posted ($0.24) EPS. On average, research analysts forecast that RingCentral, Inc. will post -1.78 earnings per share for the current year.

Featured Article: What is net income? 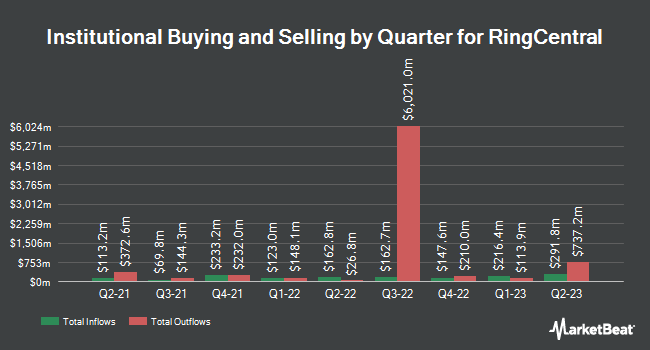 Complete the form below to receive the latest headlines and analysts' recommendations for RingCentral with our free daily email newsletter: