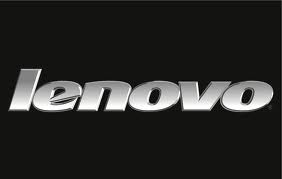 Lenovo announced February 13 the results of its third quarter, which included revenues of $10.8 billion, marking just the first time it had surpassed $10 billion in revenues. Net profit for the company was $265 million, which was up by 30% from the same period one year ago.

In the PC industry, Lenovo leads and increased its profits by 27% from last year and saw growth across the globe. Tablet sales for Lenovo during the same period increased by 325% and ended with 3.4 million units sold.

Lenovo’s smartphone sector saw sales increase by close to 50% over the same period a year ago, including more than 2 million units being sold in China.

During January, Lenovo completed two large deals only days apart. The Chinese company purchased the low-end server business of IBM for over $2.3 billion and acquired from Google, Motorola Mobility for an estimated $2.9 billion.

The IBM server deal will give Lenovo the opportunity to enter that market as the third biggest and moving forward the company is planning to lower costs and make the server business even more profitable than the PC business it has.

Lenovo is planning to reintroduce more new Razr products in both North and Latin America. The company believes in these areas as well as in China and different emerging markets the Motorola will be embraced once again.

One research firm online believes that the acquisition of Motorola by Lenovo will create opportunities for the China based company.

The acquisition said the firm would give Lenovo patent protection as well as let it expand across the globe rapidly.

Lenovo during 2013 was the fourth largest vendor of smartphones worldwide selling over 12.9 million units. It trailed just Samsung, Apple and LG Electronics.

Lenovo announced in January it was restructuring its business and putting it into four distinct groups including mobile, PC, enterprise and cloud. In April, that will go into effect driving more growth, innovations and efficiencies, said its CEO.