HC Wainwright reaffirmed their buy rating on shares of Karyopharm Therapeutics (NASDAQ:KPTI) in a research report sent to investors on Tuesday morning, BenzingaRatingsTable reports. They currently have a $37.00 target price on the stock, up from their prior target price of $36.00.

Karyopharm Therapeutics Inc (Nasdaq: KPTI) is an oncology-focused pharmaceutical company dedicated to the discovery, development, and commercialization of novel first-in-class drugs directed against nuclear export and related targets for
the treatment of cancer and other major diseases. Karyopharm’s SINE compounds function by binding with and inhibiting the nuclear export protein XPO1 (or CRM1). 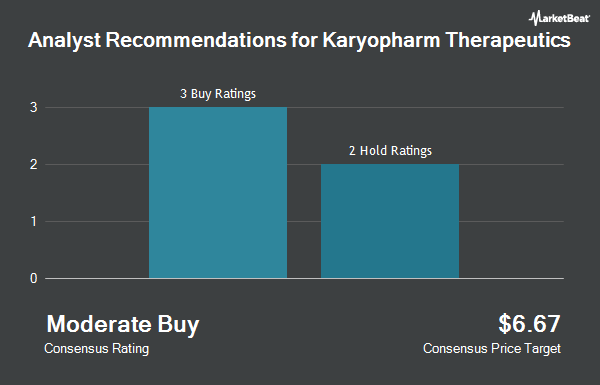