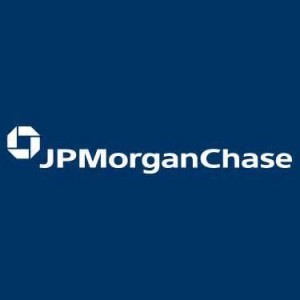 JPMorgan Chase announced on Wednesday that its profit had dropped unexpected during a fourth quarter that was described as sluggish.

The results were short of analysts’ projections of $1.31 per share.

Net revenues dropped by 3% to just over $22.5 billion compared to the 2013 fourth quarter. On a managed basis, revenue ended $23.5 billion, which was just below the analyst estimate of $23.5 billion.

For the year 2014 overall, JPMorgan reported its profit at $21.8 billion, which was an increase of more than 21% and the highest annual profit ever for the financial institute.

The quarterly profit at the bank was hit by legal expenses of $900 million or over $1.1 billion prior to taxes, as the bank prepared to settle an ongoing investigation into foreign currency market manipulation by the large banks.

These are just the latest, large legal costs absorbed by the bank following the financial crisis.

The CEO at the bank, Jamie Dimon sounded off Wednesday about pressure Wall Street was facing from both prosecutor and regulators.

He said that banks were now under assault.

Dimon said in the past, financial institutes were required to deal with just one regulator at a time. However, now they must confront a number of them for each wrongdoing.

Revenue at the JPMorgan arm of advising businesses improved during the fourth quarter but that provided just a minor increase overall for the bank.

During the 2014 third quarter, the Wall Street operations at JPMorgan bolstered the bank’s results, but during the fourth quarter, the trading conditions became more difficult and hurt profits.

JPMorgan is one of the biggest mortgage lenders in the U.S. and with the housing market in the U.S. maintaining a sluggish period, revenue from that arm of the company dropped.

The bank also learning in the last three months of the year that it would have to withhold more profits or sell more shares to comply with new capital regulations that have been strengthened and expected to hit the bank harder than others.