Jobless Claims Fall to Lowest in Past Five Weeks 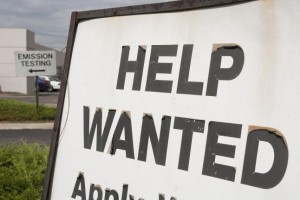 Less Americans than were forecasted filed for unemployment benefits the past week as improved conditions with the weather ushered in more stabilization in the labor market.

Jobless claims dropped 9,000 to only 282,000 for the seven-day period that ended on March 21, the lowest point since the middle of February, a report released by the Department of Labor showed on Thursday.

The forecast for economists had called for filings by 290,000 Americans. Another separate reported showed that consumer confidence had climbed during last week and matched the second highest point since July of 2007.

A sustained level of fewer applications, which shows employers are holding onto their workers, typically takes place the same time as more hiring. Continued gains for employment were one of two signs along with an uptick of inflation, that officials in the Federal Reserve said last week were necessary prior to raising their interest rates.

An index that measures consumer comfort was up 45.5 during the period ending March 22 from a level of 44.2 the week before. This was propelled by the increases amongst lower income earners and those seeking jobs as the labor market continues to improve, according to a Thursday report.

Stocks were down Thursday morning as biotechnology and chipmaker shares fell. Saudi Arabia with its allies started to bomb Houtis rebels in Yemen.

The four-week average, a measure considered less volatile by taking out the weekly numbers, was down to 297,000 this past week from the prior week’s figure of 304,500.

The amount of people that are continuing to receive benefits fell by over 6,000 to just over 2.42 million during the week ending March 14. The rate of unemployment amongst those still eligible for benefits remained at 1.8%, where it has now been the entire year. These data comes through with a lag of one week,

Other figures during the month have shown that the U.S. economy has had trouble shaking off winter. While new home purchases climbed unexpectedly in February, housing starts were down, industrial production was less, retail sales became weaker and durable goods orders dropped unexpectedly.